Learn About the History of Sleep Apnea Treatment in Wakefield! 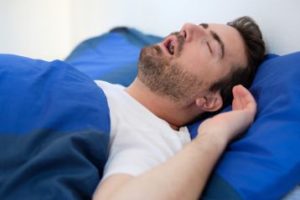 Did you know that written records about sleep apnea were found from 2,000 years ago? You may think of it as a modern disease, but apparently people have been suffering from it for quite some time! Fortunately, sleep apnea has been well researched in the last century, which has allowed dentists and doctors to understand its causes and effects. They’ve also developed effective treatments that alleviate the impact of sleep apnea and increase both sleep quality and overall health. In fact, there are more options for sleep apnea treatment in Wakefield today than ever before. Learn more below about the history of sleep apnea and how modern treatment is easier than ever!

Sleep apnea actually used to be called “Pickwickian Syndrome,” which is a term from a Charles Dickens’ book called The Pickwick Papers. Dickens wrote about an overweight character named Joe who had symptoms that we associate sleep apnea with today, such as snoring and daytime fatigue.

For most of history, doctors thought that the only cause of sleep apnea was being overweight. Today, researchers have found that there are many potential causes besides weight:

In the 50’s and 60’s, it was discovered that the fundamental effect of sleep apnea is starts and stops during nighttime breathing. It was found that people can stop breathing up to 30 times per hour, which prevents them from getting the vitally important, good-quality sleep that they need.

Later, in the 1970’s, veterinarians started performing tracheotomies on dogs with sleep apnea with some success. Medical doctors then began performing the same surgeries on humans.

In the early 80’s, the first CPAP machine was developed by a researcher named Colin Sullivan. This involved patients wearing bulky face masks at night to keep their airways open, which was effective, but also hard to tolerate for many people.

Treatment has come a long way since the tracheotomies from the 70’s. Today, custom-made oral appliances can be made by a dentist that are quite effective for mild to moderate sleep apnea – and much easier to wear than a CPAP mask.

Having said that, patients with moderate to severe symptoms may still benefit from a CPAP machine or even surgery. If you think you may have sleep apnea, it’s important to discuss your individual needs with a dentist in Wakefield. They can refer you for a sleep study to get a diagnosis and provide a lightweight, portable oral appliance if it’s right for you.

Sleep apnea has been around for thousands of years and has always had negative consequences on overall health. In addition to causing daytime drowsiness, weight gain and depression, it also increases the risk for more serious conditions like heart disease, stroke and diabetes.

The good news is, that with diagnosis and modern treatment, you can improve your breathing at night, get your energy back, and reduce the risks to your health. Treatment has never been easier or more effective!

Dr. Rob Schumacher is a dentist in Wakefield who has made sleep apnea treatment a priority in his practice. He knows how seriously it can affect his patients’ lives and is glad to offer easy, effective, non-invasive treatment options. If you have any other questions about sleep apnea, he can be contacted via his website or at (781) 334-3400.

Comments Off on Learn About the History of Sleep Apnea Treatment in Wakefield!

Sorry, the comment form is closed at this time.